When is the best time to fly to Heathrow?

Choose a month below to see average flight price and weather conditions.

Whilst there are several times of the year to choose from, February is seen as the time to fly to Heathrow, however, it is possible to get good deals throughout the year. July sees the temperatures in Heathrow peak to their warmest. October tends, on average, to see the most amount of rainfall.

London Heathrow Airport is the busiest airport in the UK, and the fourth-busiest in the world, in terms of passenger traffic. However, Heathrow has the distinction of handling more international passengers than any other airport in the world – a testament to its importance as a transit-point for intercontinental travel.

Flights to Heathrow Airport are provided by an incredible 90 airlines, serving 180 destinations worldwide. Heathrow is home-base for British Airways, which operate direct and indirect flights to basically every major city you can think of, from Heathrow’s beautiful, new Terminal 5 building.

London certainly has an appropriate gateway in Heathrow Airport: a highly modern, convenient hub that is truly geared toward providing the best possible experience to travellers. There are plenty of easy, hassle-free transport options available to travellers looking to get downtown. The flocks of tourists, who are no doubt going to descend on London for the 2012 Olympic Games, can look forward to a warm welcome and efficient service.

How long is the flight to Heathrow?

KLM, Aer Lingus, and Flybe all offer service to and from London’s Heathrow Airport. If you’re looking to fly from Bristol to Heathrow, the quickest flight available is with KLM lasting 3h 20m. Flight times vary considerably if flying from Cardiff to Heathrow. However, its shortest flight is 3h 25m aboard KLM with a connecting flight in Amsterdam. Flybe also provides a one-stop flight to Heathrow from Exeter. Lasting 4h, you’ll make a connection in Paris, France.

Where can you get direct flights to London’s Heathrow Airport from?

There are plenty of direct flights from various cities in the United Kingdom to Heathrow Airport. With British Airways, you can get a nonstop flight from Manchester, Inverness, Glasgow, and Kingston upon Hull. Other airlines offering direct flights include Flybe (from Aberdeen and Newquay) and Aer Lingus (from Belfast).

How do you get from London’s Heathrow Airport to the city centre?

Heathrow Airport is located in Longford England, a village in one of London’s boroughs. The most convenient way to get from Heathrow Airport to downtown London is via the Heathrow Express. Trains depart from the station, close to the arrival hall, every 30m. You can also ride the tube which has underground stations in various locations throughout the airport. Other travel options include taxis, minicabs and rental cars. There are several rental car desks outside of terminals 2, 3, 4, and 5. Some car companies offering service at Heathrow Airport include Alamo, Avis, Hertz, Sixt, and National.

What are some things to do in Longford, England and close to Heathrow Airport?

In Longford, England, you’ll find a variety of sights and landmarks to tour such as Freddie Mercury House, St. Mel’s Cathedral, Portumna Castle, and Harmondsworth Great Barn. Having an old-fashioned, authentic English flair, it is also home to a number of quaint restaurants and pubs such as the White Horse and King William IV. Outdoor fun and water sports such as body boarding, diving, snorkeling, and sailing are some other things you can do while on vacation here. If traveling with kids, you’ll need to set aside some time for a visit to Rathbaun Farm and Thorpe Park Resort (an amusement park with an escape room, ghost train, and large rollercoasters).

Do I need a passport or visa to fly to London’s Heathrow Airport?

If you are a citizen of the United Kingdom, you will not need a passport or visa to fly into London’s Heathrow Airport. Before boarding the plane, however, you will have to show some form of picture identification. This can be a driver’s license, military identification or a passport. If you have a minor child with you, they will not need to travel with any paperwork. 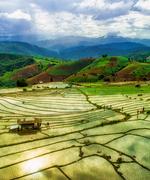 Cheap tickets to Heathrow found by our users in Thailand